Around the world in R&D tax relief 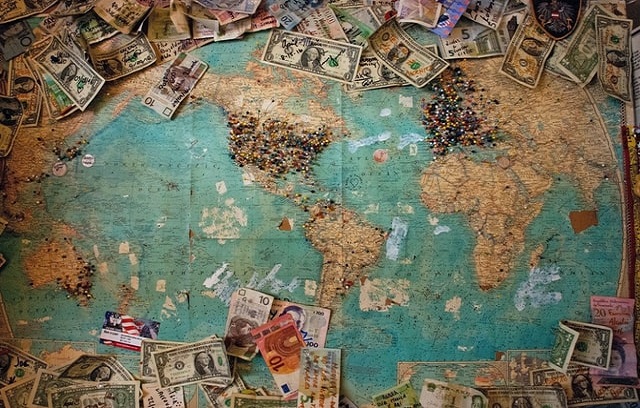 An increasing amount of generous tax incentives are available to companies that invest in research and development (R&D) and there’s no doubt they are helping the UK become a more innovative country.

The years of the UK being a global leader in steel, coal or vehicle production are long gone, and the UK Government is trying to muscle in on an extremely competitive global economy.

At the heart of that is R&D. While it might seem like a relatively new concept in the UK (R&D tax credits have only been around since the year 2000), technology is playing a key role in building the UK’s future economy.

Last year, the Government pledged to take annual R&D investment to £22 billion by 2024/25 taking total support for R&D to 0.8% of UK GDP. The Treasury said this would “place the UK  among the top quarter of OECD nations – ahead of the US, Japan, France and China”.

But where does the UK stand in the global economy, before taking into account the unprecedented levels of public spending to try and prop up the UK economy from the financial fallout from COVID-19? And where might we be in a post-coronavirus reshuffle?

In the UK, the tax system directly rewards companies that invest in R&D. In fact, all but five of the 36 OECD countries had shifted from directly funding R&D to providing tax incentives in 2018.

Small companies that undertake scientific or technological projects developing new products or processes, or substantially improving existing ones, might be eligible for R&D tax credits in the UK.

There are two different R&D schemes in the UK: one for SMEs and another for larger companies. SME R&D relief is available if your company has turnover of no more than €100 million or less than €86m on the balance sheet, and less than 500 full-time staff.

If your company is eligible, you can deduct an extra 130% of your qualifying costs from any profits, on top of the existing 100% of qualifying costs that can usually be deducted – a total potential deduction of 230%.

The R&D expenditure credit (RDEC) covers a percentage of a bigger company’s qualifying R&D expenditure. The amount available depends on the period it’s claimed for. From RDEC claims made after 1 April 2020, it’s possible to get 13%. You can use this to reclaim staff or subcontractor costs, and consumable items such as materials or utilities.

That target was revealed almost a year ago to the day when Chancellor Rishi Sunak delivered his first Budget, before the full economic impact of COVID-19 began to unfold.

According to the most recent data from the OECD in 2018, Germany was the largest R&D performer in the EU, followed by France in second and the UK in third (the UK remained part of the EU in 2018).

Companies in Germany pumped a record €105bn into R&D alone in 2018, with 69% (€72bn) of that investment coming from the private sector. The rest came from methods, products or applications created in universities, non-university research institutions and government research labs.

From 1 January 2020, a new incentive in Germany arrived in the form of ‘die forschungs zulage’. This is a cash subsidy of 25% of what an R&D company spends on salaries and wages up to €500,000 a year. The subsidy is tax-free and refundable if it exceeds the taxpayer’s liability.

In France, the equivalent of the UK’s R&D tax credits system is the ‘crédit d'impôt recherche’ (CIR). A tax credit rate of 30% applies to eligible R&D expenditures up to €100m, with no restrictions on eligibility criteria for innovative businesses.

R&D in the rest of the world

South Korea is truly the global leader in terms of R&D. In Seoul, the government has created an innovative economy adept at turning product or laboratory ideas into industries. Korea has become the global leader in electronics and vehicles, following successes of Samsung and Hyundai.

There are three tax credits in South Korea to facilitate investment in R&D. The first, for the development of research and power; the second is the Korean equivalent of the UK’s patent box scheme; the third is to encourage mergers or buyouts of innovative SMEs.

In the US, the research and experimentation (R&E) tax credit is an incremental relief factoring in two components – the regular research credit and the alternative simplified credit.

Japan and China also boast innovative companies at the forefront of R&D.

If the UK is to take its seat at the top table of innovative countries by approaching the investment levels of Germany, South Korea and the US, industry has to step up and double its R&D, too.

If your business operates internationally, you might be eligible to claim R&D tax relief in various different territories. The CIR scheme in France is easily the most generous R&D regime in the EU and it’s fairly easy to access, while the R&E in the US is also deemed to be fairly generous as it can be carried forward to up to 20 years.

Talk to us about tax breaks for innovative business.

Lessons learned one year on from the first lockdown

Exiting your business with style

The value of data and oversight for startups