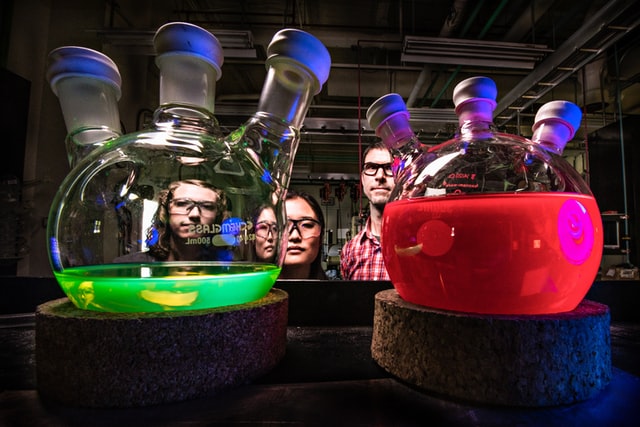 Working with innovative companies and startups we know there’s a lot of misinformation about R&D tax relief around. So, once and for all, we’re going to set the record straight.

According to HMRC, R&D occurs when a project sets out to achieve an advance in knowledge or capability in a particular field of science or technology. That field can’t be social science and the research can’t be purely theoretical. This is about researching and developing a new or improved product, service or process that relates to your trade, or to a business you might start if the R&D works out.

To qualify for relief, you need to show that your project tackled uncertainties and answered questions that couldn’t easily be worked out by a ‘competent professional’ in the field. In other words, it has to be difficult – not just something nobody has got round to yet.

Those hoops are worth jumping through. Qualifying companies can deduct as much as 230% of costs from their profits before tax through R&D relief and it’s no wonder more firms are making claims.

Just over 54,000 of those claims were from SMEs. The total amount paid out was a staggering £5.1 billion.

Why are people confused about R&D relief?

The reason there’s so much confusion is because, as with most aspects of tax law, what starts out simple ends up as a mess of jargon, loopholes, footnotes and exceptions.

For starters, there are two distinct but similarly named schemes.

The first is SME R&D relief which applies to companies with fewer than 500 staff and turnover under €100 million, or less than €86 million on the balance sheet. Qualifying firms can deduct an additional 130% of qualifying costs from their yearly profits, as well as the usual 100% deduction.

The second scheme is the research and development expenditure credit, or RDEC, which replaced what used to be known as the large company scheme. It takes the form of a tax credit covering a percentage of qualifying R&D expenditure – 12% from 1 January 2018 to 31 March 2020 and 13% from 1 April 2020.

There are some limits on what counts as a qualifying cost but both schemes will generally cover staff costs, subcontractor fees, consumables, software, independent research, prototyping, and so on.

Now, let’s look at five of those persistent myths.

Wrong. It is absolutely possible to claim R&D relief on a software development project – but not every project will automatically qualify.

With games in mind, for example, coming up with a previously unexplored setting, new storyline or quirky illustration style won’t cut it. Instead, you’d need to come up with something like, say, a way to use machine learning to generate realistic level maps from satellite imagery on the fly.

The confusion here stems from the fact that the Government did tighten the criteria around R&D claims for software development a few years ago, because, fair enough, it’s the 21st century and software is no longer innovative by default as it might have seemed 20 or 30 years ago.

This is perhaps the biggest underlying myth around R&D relief and prevents many companies putting together what would likely be successful claims.

There are numerous examples of R&D claims in publishing, agriculture, construction… Any field you can think of. As long as your project meets the criteria set out above around tackling uncertainty and, of course, involves research and development, it’s worth talking to us about making a claim.

Myth #3: Your project has to be a success

Here’s another one that leads people to rule their business out of contention – and it shouldn’t.

As long as your project was carried out in good faith with an expectation of success, or failure resolves the uncertainty, you’ve probably got the basis of a reasonable claim.

One of the most important principles in R&D tax relief is that you must keep records and document everything – not a problem for most researchers. That’s especially helpful in this instance.

Myth #4: There’s no way to be sure your claim will succeed

Well, this one is sort of true, but it’s by no means as uncertain as some people will have you believe.

For starters, HMRC has a pre-approval process which allows you to check a rough version of your claim before going through the full process. This can save an enormous amount of time and effort – or, alternatively, help pinpoint aspects of the claim that need more evidence and a more convincing narrative.

Then there’s the fact that, if you work with experts like us, you’re tapping into practical experience of which claims have and haven’t been successful in the past. We would never encourage anyone to make a claim for R&D tax relief we didn’t believe had a good chance of succeeding.

The one wild card that nobody can account for is that your claim might get rejected if it turns out a claim is being submitted by another company for a similar project, reaching similar conclusions.

Myth #5: Making a claim for R&D relief is burdensome

It really isn’t – at least not if you know what you’re doing, or work with an accountant who does.

Fear of the process and paperwork is probably the number one reason firms don’t make claims when they should. Like any aspect of tax, it can be complicated, but that should never put you off constructing a claim.

Again, think of that potentially huge cashback that is available.

We specialise in supporting innovative companies with their R&D tax relief or RDEC claims and know the process inside out. We work with clients to get the information we need to build a case, put together the supporting paperwork and submit claims with the very best chance of success every time.

Talk to us today about your projects and we’ll provide an instant read out on the potential benefits to your business.

Remuneration planning for owners and entrepreneurs